Contact the campaign directly by filling in the form at the bottom of the page or via email savetinpanalley@gmail.com 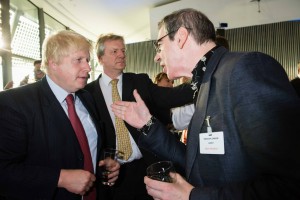 All of Denmark St, Denmark Place and St Giles High St had Planning Applications that were registered on 14 January 2013 and recommended for approval in October 2013 by the Planning Committee at their meeting of 7 November 2013.

There are now Planning Amendment Applications in to Camden Planning Department from December 17th 2015 from Consolidated to deal with the possible removal and lifting of The Forge at 26 Denmark St in the former 12 Bar Club along with a Change Of Use Agreement included. Heritage England are monitoring the situation and have submitted instructions as to how to best lift the old Forge (the venue’s former stage room) The Georgian Group have also been in a dialogue with us as have been several consultants in the first eight weeks of 2016.

Furthermore, the outbuilding at 6 Denmark st – the former recording studio and home The Sex Pistols is under a proposed Change Of Use Application from the Developers to Camden Planning and this must be STOPPED asap

The Denmark Street ‘Music Zone’ – aka Tin Pan Alley – is going to be a perfect place for small music related businesses with music associated skills and services to relocate and base themselves. If you know of any individuals or organisations that would like to be based in Tin Pan Alley it is best to contact Richard Metcalfe at Consolidated Developments richard@26sohosq.com He is dealing with the development in the area for and on behalf of the landlord-developer Consolidated. We are keen to help the developers to achieve their publicly stated intent of bringing the music back to Tin Pan Alley. You will need to check on timings as the development is just beginning. Importantly you will need cite “The Section 106 Clause” for “Fair Rents” as per “Tin Pan Alley (Music) Uses” cited in “Section 5″ of the legally binding “Section 106 Agreements”, which were recently signed-off on by both Consolidated Developments and Camden Council’s Planning Department with our input.

Let’s bring the music back to Tin Pan Alley